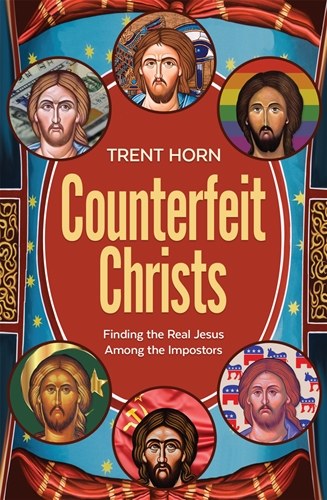 Jesus asked his disciples, "Who do you say that I am?"

Turns out that today, as back then, this question has a lot of different answers. So many groups want to appropriate Jesus-tweaking his identity until he looks and sounds like one of them.

But then you no longer have the Lord. You have an impostor.

In Counterfeit Christs, Trent looks at eighteen phony versions of Jesus that we encounter today. Some are the creation of non-Christians: like skeptics who dismiss Jesus as a fictional composite of ancient myths, secular humanists who think he was just a Nice Man, or adherents of other religions who claim him as a prophet or guru in their own tradition.

Others stem from Christian or quasi-Christian theology gone so far wrong that its founder is no longer recognizable. Think of the greed-affirming Jesus of "prosperity gospel" preachers or the sects that strip Christ of his divinity.

And of course there are enthusiasts for ideological causes who make him a model Marxist (or Democrat or Republican), or enlist him as a convenient spokesman for "tolerance" of the thing they want to do or promote.

In all these examples and more, the authentic Jesus of Scripture and Tradition is obscured by a pale imitator, and so is the saving power of his wisdom and grace. Read Counterfeit Christs, then,and be able to recognize the fakes when you see them, explain why they’re phony, and make a case for the full truth and beauty of who Jesus is: the Christ, son of the living God (Matt. 16:16).