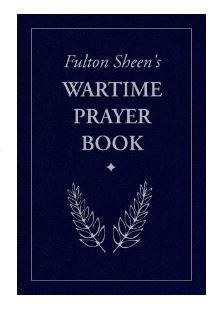 Written for soldiers by Blessed Fulton Sheen in the darkest moments of World War II, this small prayer book has been proven in combat and hallowed by the suffering, prayers, and sacrifices of thousands of Catholic fighting men and women on ships, submarines, and aircraft, in fortresses and foxholes, and even in hellish prisoner of war camps across Europe and the Pacific.