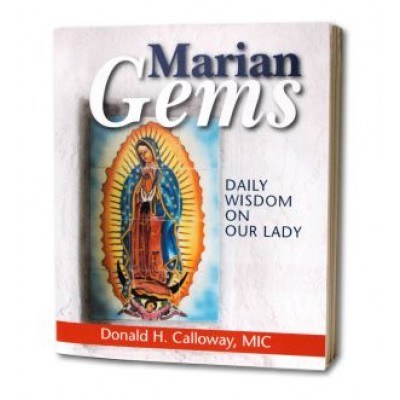 In Marian Gems: Daily Wisdom on Our Lady, Fr. Donald Calloway, MIC, shares quotes on Mary that he began collecting when he was a seminarian. He includes a gem for each day of the year, drawn from the writings of the Popes, Saints, Blesseds, and Venerables. When these gems first appeared in his book Under the Mantle , many readers loved them and suggested he publish them in a separate book for daily prayer. He was delighted and took their advice.
Marian Press